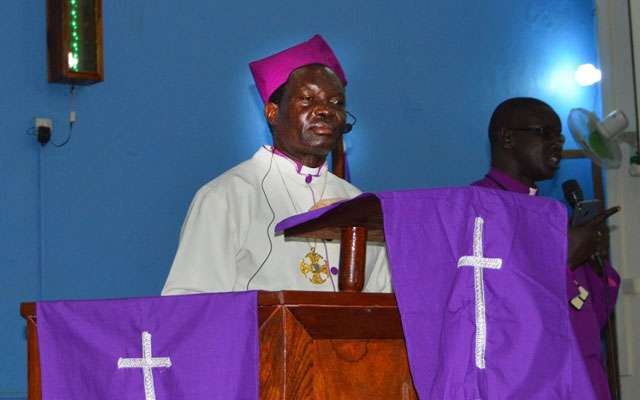 Archbishop Justin Badi Arama, Primate of the Episcopal Church of South Sudan has called on South Sudanese who are resettled to the United State of America to stop hate speech on the internet.

While speaking at a sermon on Sunday, under the theme “living a life of gratitude to God”, at Christ Church Gilbertsville in the New York, US, the archbishop urged the South Sudanese in the States to preach peace.

“To the SouthSudan|ese who are in #America, be thankful to God… …the war has moved from the bush to the town, & the war is now in the internet. Send us messages of love, messages of unity, not messages of hate.”

Since 2013 when war broke out in South Sudan social media has been used alot by South Sudanese to spread hate speech and fake that incites.