Home / Articles / Over-reliance on oil. A threat to economic prosperity

Over-reliance on oil. A threat to economic prosperity 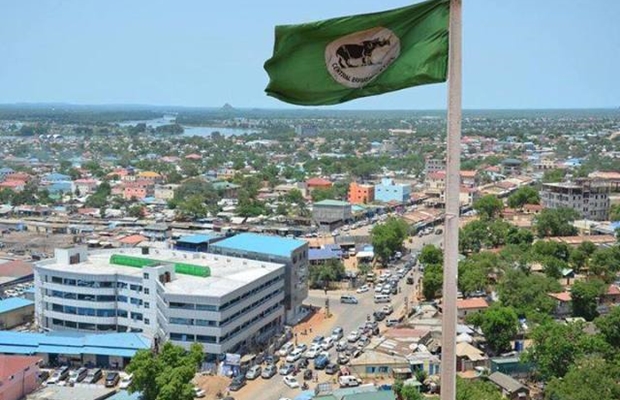 South Sudan’s economy is one of the world’s weakest and most underdeveloped, with South Sudan having little existing infrastructure, electricity, running water, poor health care, education and not to mention the highest maternal mortality and female illiteracy rates in the world.

South Sudan over-dependence on oil export is worrisome and may lead to economic disaster now that the organization of petroleum exporting countries (OPEC) keeps fluctuating oil prices on the international market. We might find ourselves struggling economically in years to come. To be on a safer side, South Sudan should turn to Agro-processing as its main source of income. A wise man once said, agriculture is not crop production as popular belief holds – it’s the production of food and fibre from the world’s land and waters. Without agriculture, it is not possible to have a city, stock market, banks, university, church or army.

Agriculture is the foundation of civilization and any stable economy. South Sudan endowment of favourable land, water and weather conditions makes 70% of land suitable for agriculture. Agriculture is one of the growing sectors for South Sudan being largely practised by the majority of the rural population for subsistence purposes, with minimal cash crop production.

Five years after independence, South Sudan cannot even feed itself even with its vast land being fertile for large-scale farming. Currently, the country depends totally on food imports from neighbouring Kenya, Ethiopia and Uganda as well as Sudan. The government of South Sudan should shift its focus to Agro-processing if it were to be economically independent instead of entirely depending on oil which according to my geography knowledge, is a non-renewable resource. For instance, Nigeria is the top oil exporter in Africa but even with that, it also exports aluminium alloys, cashew nuts,  agricultural products, leather and cocoa among others to supplement its already strong gross domestic product (GDP) of over 375 billion dollars per annum. Surprisingly, we have more natural resources than Nigeria.

We should invest in meat and leather processing cluster. South Sudan has an estimated 11.7 million cattle, 12.4 million goats and 12.1 million sheep in a country of around 9 million people, according to statistics from the Ministry of Agriculture, Forestry, Tourism, Animal Resources, and Fisheries. South Sudan should, therefore, invest heavily in meat and leather processing industry for it will not only save farmers from poverty but also generate a lot of income.

Secondly, We should also invest in fish processing and packaging centres. There is a hidden wealth in our waters. The Nile and its many tributaries shall provide a solid ground that will support fish processing industries that will create employment and food security so that South Sudan can feed itself in days to come. The government, therefore, should provide freezers and other fishing equipments to the fishermen if we were to realize this dream.

Lastly, Government figures suggest that there are almost 200,000km2 of forested lands in South Sudan, covering 29 per cent of the country’s total land area.  Most of this forest is less valuable soft wood – hardwoods are a relatively small part of the forests.  But they are a valuable component. It is estimated that existing teak plantations alone could potentially generate up to USD 50 million per year in export revenue if it’s done in an orderly manner by the government of South Sudan. Illegal logging and environmental degradation cannot be tolerated and perpetrators should severely be punished. We have everything in our hands yet we have nothing to offer.Its time we become a strong economic competitor in our greater East Africa Community. There is no barrier to our success as a country.