Various Junubin in Nairobi, Nakuru and Eldoret who spoke to Hot in Juba have confirmed mass arrest of South Sudanese deemed ‘illegal migrants’ in Kenya.

Former undersecretary in South Sudan’s ministry of culture and heritage and a co-founder of the Sudd Institute, Jok Madut Jok weighed in on the matter.
“What’s behind Kenyan Police’s arrest and detention of South Sudanese in such large numbers? What has South Sudan authorities done about this? Can some rights groups in Kenya inquire!” Madut posted on social media.

Illegal immigrants. The sad thing is that they're harassing everyone including those who have valid documents.
A friend of mine has just told me that he was harassed around Kencom this morning. @bonifacemwangi help us clarify this mess, sir.

One residence of Nakuru alleges that South Sudanese elders are working with the police, searching apartment for South Sudanese without proper documentation.

Am currently in nakuru and the sad thing is that the community leaders r collaborating with the police to arrest their own people , they have gone even to an extent of arresting ppl in their residence/houses
The embassy should demote such leaders because they r selling out ppl.

Makoi Majak a residents of Bungoma, Western Kenya posted this.

Today in Bungoma: police walking door-to-door looking for #SouthSudan-ese and taking them in trucks to police cells where they’re asked to pay “kitu kidogo” or risk being deported to Juba.
Neither GOSS or other Rights groups have made inquiry into the issue.

Photos of over 200 South Sudanese under police detention in Bungoma. 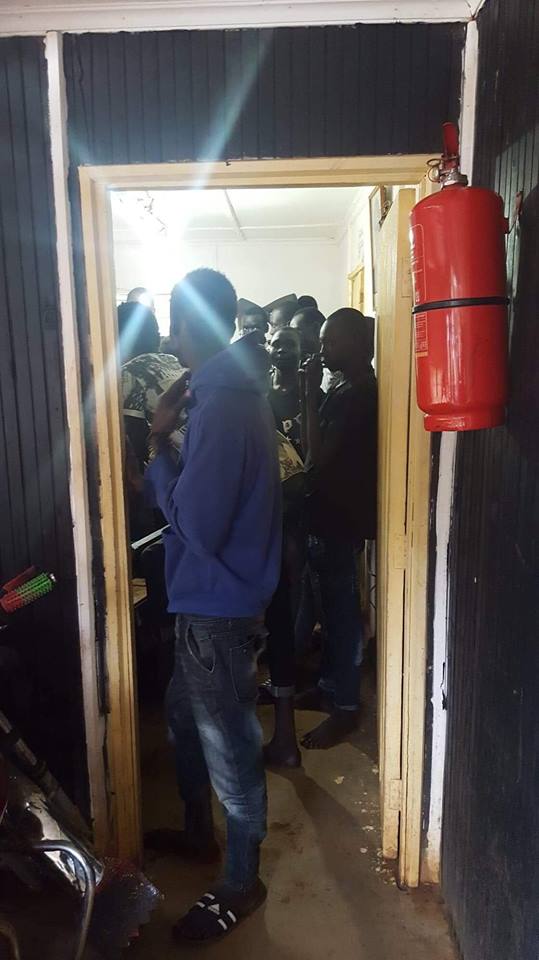