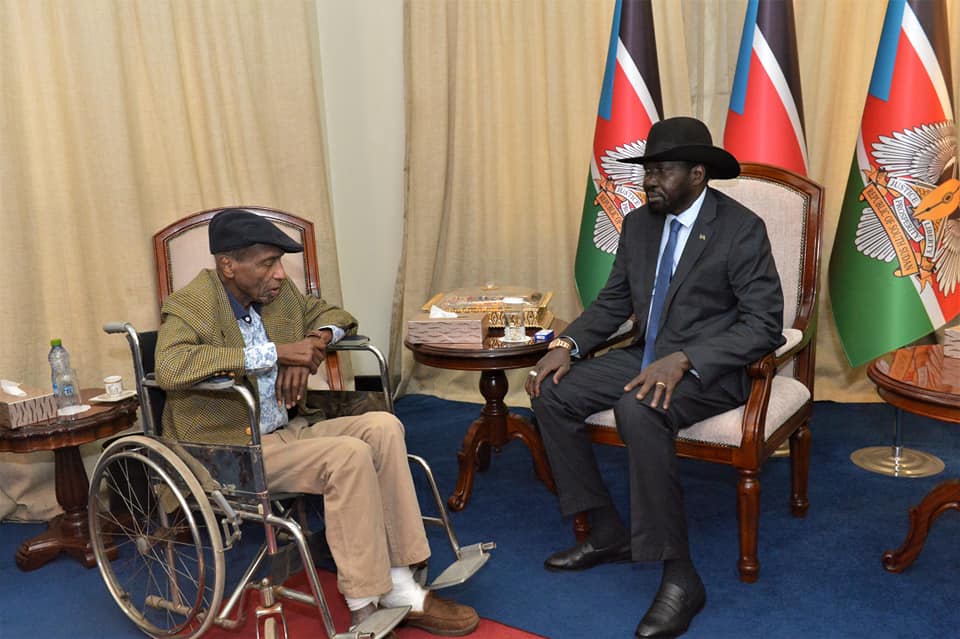 Mansour Khalid was born on January 17, 1931, at Omdurman, Sudan to Khalid Mohammed, and Sara Sawi.

He had his first encounter with John Garang in April 1986 at Koka Dam.

Until his death, he was friends with the ruling SPLM.

He last met President Salva Kiir at the State House on January 14, 2020, when he expressed happiness for being in South Sudan after a long time.

He also commended South Sudan for mediating the peace process of Sudan based on the historical relations the two countries share.

Speaking to Eye Radio, the Sudanese ambassador to South Sudan, Adil Ibrahim, described Dr. Mansur Khalid as a thinker and fighter, whose death is a big loss to both Sudan and South Sudan.

Khalid was one of the earliest and most prominent northern Sudanese to join the SPLM in the early eighties, becoming one of the closest confidants to the late SPLM leader Dr. John Garang.

From 1969 to 1971, he was a minister of youth and social affairs at the Government of Sudan, Khartoum. After the overthrow of the pro-Communist coup, President Nimeri appointed Khalid as Foreign Minister.

Mansour Khalid was also a member of the World Futures Studies Federation, the American Society of International Law.

He was a presidential advisor during the implementation of CPA in Sudan.

The man who killed a lactating mother and her baby, Rel Chiith has been killed by firing squad, reports from Rumbek East allege. Reports have ... Read More