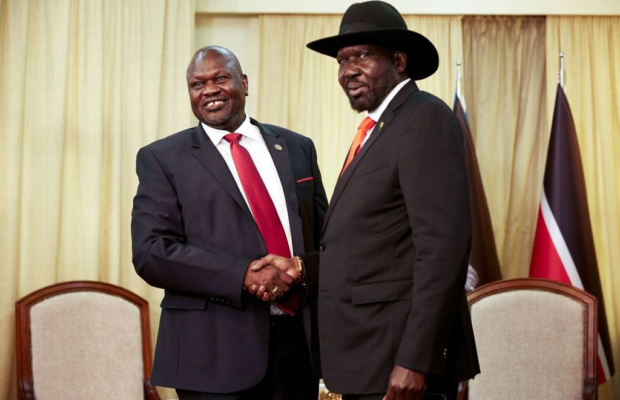 South Sudan’s government and the opposition agreed to form a unified administration by Feb. 22 and to work on unresolved issues thereafter, according to mediator South African Deputy President David Mabuza.

Contentious topics that have been holding up the drawn-out peace process are security arrangements during a three-year transition period and the demarcation of states. Arbitration on the number of states will continue for 90 days after the unity government is in place, Mabuza said.

The U.S. said in November that it was re-evaluating its relationship with South Sudan over what it said was the inability of President Salva Kiir and rebel leader Riek Machar to achieve a “basic demonstration of political will” for their people.