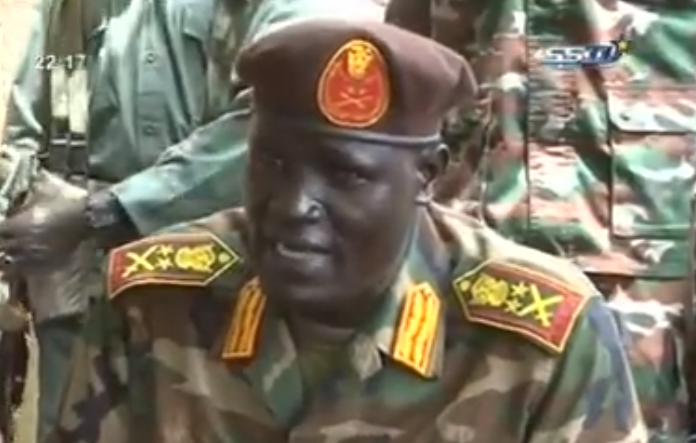 South Sudan opposition commander General Johnson Oliny has allegedly threatened to kill anyone who will appointed Upper Nile State governor if the president doesn’t appoint him instead, a senior government official disclosed.

While speaking on Lakes State Media, an online political show, Ambassador Gordon Buay disclosed to the public that rogue commander Oliny has threatened to kill anyone who accepts to be appointed Upper Nile governor.

Oliny was nominated by the SPLM-IO chairman Dr. Riek Machar to be appointed governor of Upper Nile state but the appointment received criticism from senior politicians in the country and members of Upper Nile community.

According to Buay, Machar and Kiir are consulting with various stakeholder the best way to handle Oliny who is known for notoriety.

General Colony who commands the SPLA-IO allied Agwelek forces has been one of the powerful commanders of the main armed opposition.