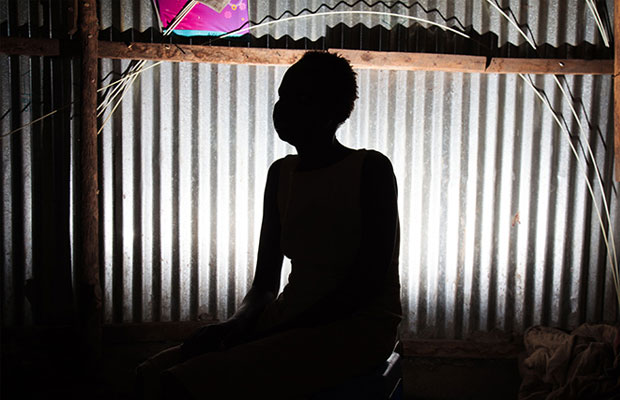 In Hai Condom commonly known as Gumbo, a suburb of Juba, foreign and local prostitutes alike have found ways to get clients into their makeshift brothel to survive the harsh economic situation in the country.

Dozens of prostitutes who used to wait for clients are now going after them in markets and other busy areas of the city luring them into paying few South Sudanese pounds. The economic crisis has hit every part of the country.

The prostitutes in the shanty brothels usually under the influence of drugs and mostly very young—from 16 to 25 years old, have stepped up their game a  lil’ notch by even going to populated venues in Juba to get clients back to the brothel.They earn between 30 pounds (US$ 0.40) per client, who sometimes just beat them and don’t pay.

Prostitution is on the high rise in Juba in hotels, sex dens and streets due to the economic crisis and Poverty which pushes many girls into prostitution .

A recent study by the Ministry of Health and South Sudan AIDS Commission reported that the majority of sex workers in Juba are foreigners.