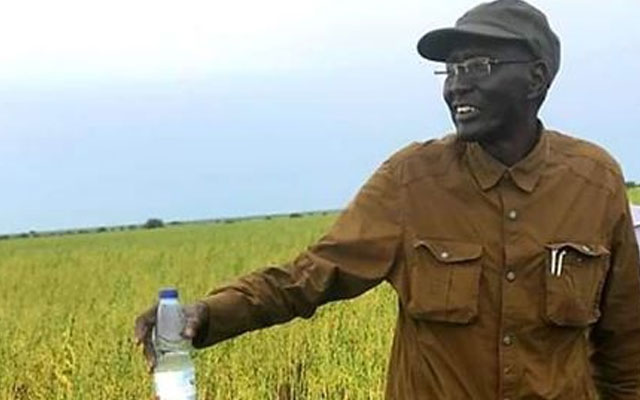 In South Sudan, when a prominent person is fired from a government position, he finds a way out of the state capital and joins or form a rebel movement, but that was not the case with Stephen Dhieu when he was fired.

The dude, when fired from the position of Minister of Finance, he instead congratulates President Salva Kiir, thanking him for the opportunity he had to serve the country as a minister.

Stephen, who hails from Upper Nile State, has reportedly decided to serve the country in a different way. He has ventured into farming and agro-business, according to sources close to him.

It’s alleged that the former Minister has a vast farm in Renk, where he recently had a successful harvest.

Stephen was fired in 2018 from the position of Finance Minister replaced with Salvatore Garang Mabiordit, who is from Kiir’s northern home area of Warrap.

Did basketball legend Manute Bol coined the term “my bad.”

Talent Search season 4 kicks off with a low turnout