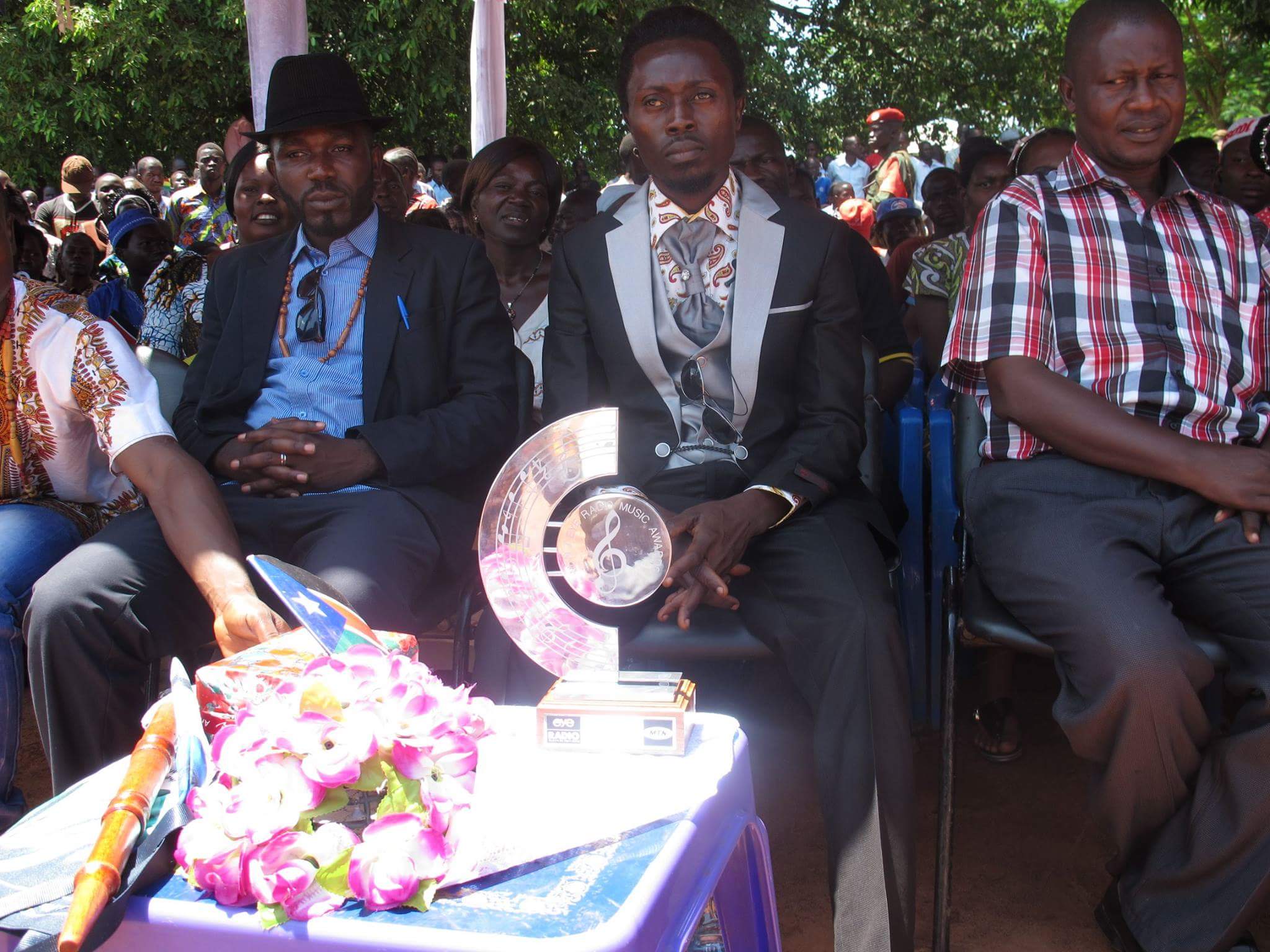 Gbudwe state government organized an event to honor singer BBG Musica for winning an award at the MTN/Eye Radio Music Awards that was held in Juba on 30th April.

BBG Music won the ‘Best Traditional Artist’ award after being nominated in January this year. He was nominated with 2 other traditional singers; Franco Korok and Shakhi Khamis.

He was nominated because of his largely loved song; ‘Kuburi Luri’ that is a frequent tune of Eye Radio’s “Lungaraat Tanina” program. Although he was not around in Juba during the awards ceremony at Nyakuron Cultural Center, one of his fans received the award on his behalf and flew it over to Yambio.

This week, the state Ministry of Information, Youth, Culture and Sports organized a functioned in Yambio, attended by state officials and fans of BBG Musica to express their gratitude, pride and to commend the artist for bringing the award ‘home’.

“We are proud that our son won this award for the state,” said Minister, Natali Sabuni

He encouraged musicians to sing for peace and unity, and work together as youth for healing and reconciliation in the country.

The MTN/Eye Radio Music Awards is an annual event organized to appreciate and reward South Sudanese artists, promoters, managers and record labels that are striving to promote peace, quality music and entertainment in the country.

It is organized by Eye Radio in collaboration with sponsors and partners like MTN.