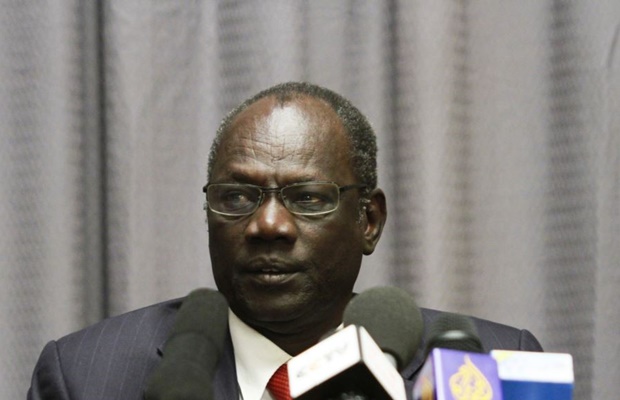 Elections will be held at the end of the transitional period as stipulated in the 2015 peace agreement, the Minister of information has told the media.

Recently, the Chairman of JMEC Festus Mogae told a plenary meeting that holding elections amidst the mass displacement would be difficult.

Addressing a press conference this afternoon, Michael Makuei said the displacements to neighboring countries will not hinder the forthcoming elections – which he says shall only be for the presidency and other geographical constituencies.

“We don’t need to condition everything on the impossible. So, we are here to run elections at the right time when time comes,” Mr Makuei stated.

“For the refugees: anybody who wants to come to exercise his or her right is free to come back. There is what they call voluntary repatriation.”

Furthermore, an expert told Eye Radio earlier this month that it would not feasible to conduct elections within the remaining timeframe of the agreement.

The policy analyst, Zachariah Diing of Sudd Institute, argued that the country would be required to reorganize the elections commission, mobilize resources for setting up offices across the 32 states, and proceed to conduct the population census.

All these steps would require a huge sum of money and donor support.